I built the game in a couple of weeks in December on a tiny little 8.9" netbook using the Flex compiler. It had no art and only a few sound effects purchased off of SoundRangers.

I shopped it around and fielded 3-4 sponsorship offers.

I ended up going with Kongregate as the sponsor and released the game in January (release post here). You can download that version and run it with the desktop Flash Player, but sadly Flash is kaput on the web. I wrote about the whole saga of finding a sponsor in a mega-post that I resurrected here.

Over the next year or so, I sold somewhere around 20 individual site licenses when that was thing. The game made pretty good money! I also posted quite a few recaps that I decided to resurrect from my old WordPress blog:

still going strong five years later, Filler is at over 30 million gameplays and cranking out ~1500/day

Filler is still cranking along on the web!

filler must've gotten linked by some end-of-year-time-waster or something, getting like 2-3 comments a day on my crappy old wordpress site

...and still limping along on mobile.

Apple just sent me $8. I actually feel bad that people still buy 480x320 filler... Need to update it at some point.

Filler removed from iOS App Store in the 64-bit purge. It never did well enough to justify rebulding it, but I was thinking about it.

I really like Swift. Getting a little itch to make a small iOS game just to stay fresh on the language. Maybe I'll resurrect Filler out of 32-bit jail next time I feel like doing a game jam.

Tinkered with rebuilding the game in Unity as a PC game.

Building Intro Maker in Unity. Tinkering with Shapes. Kongregate death spiral news. I should rebuild Filler for PC before it disappears from the web. pic.twitter.com/zegAIa4NuM

End of life for Flash... makes me sad.


New life as an HTML5 game!

Relearning linear algebra so I can find the bug in the 14 year old AS3 physics engine I ported to html5 so I can put filler back up on my website. 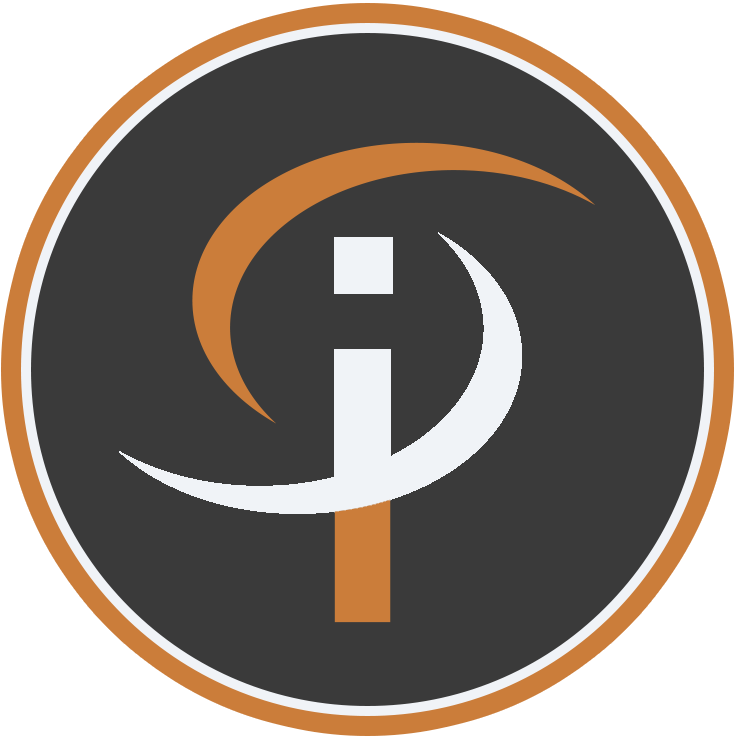 IntroCave is an Intro Maker (used to create intro videos). Users can choose a template, upload their logo(s), customize text, and fire everything off to a server for rendering. IntroCave is built in PHP (Laravel) with custom rendering software. I purchased the site in mid-2018 to get back into the swing of running a live product. 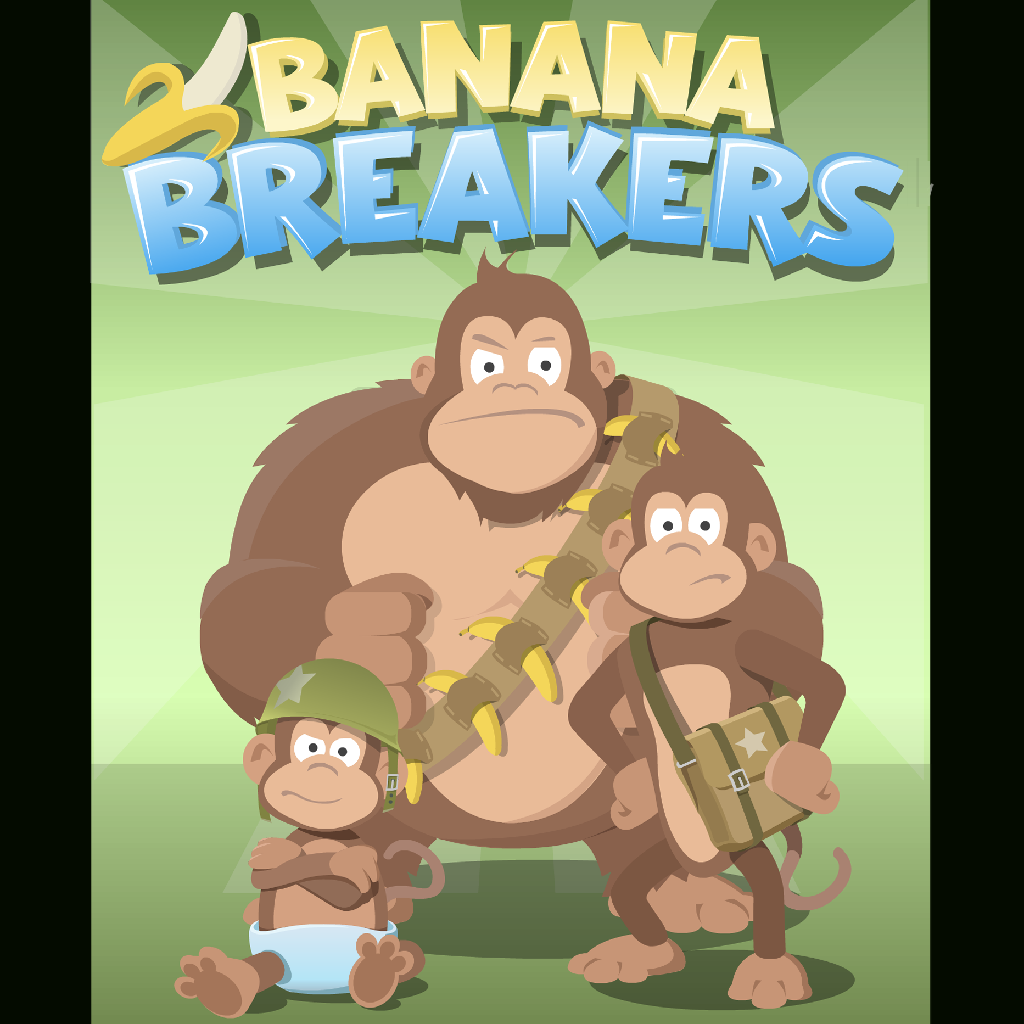 ios. a word scramble game. take four 4-letter words, five 5-letter words, or 6 6-letter words and jumble them into a grid. using mastermind-style hot and cold clues, reconstruct the original words. a solo production. this was originally written as a native iOS app, but I recently rewrote it in Unity and updated it to 64-bit. 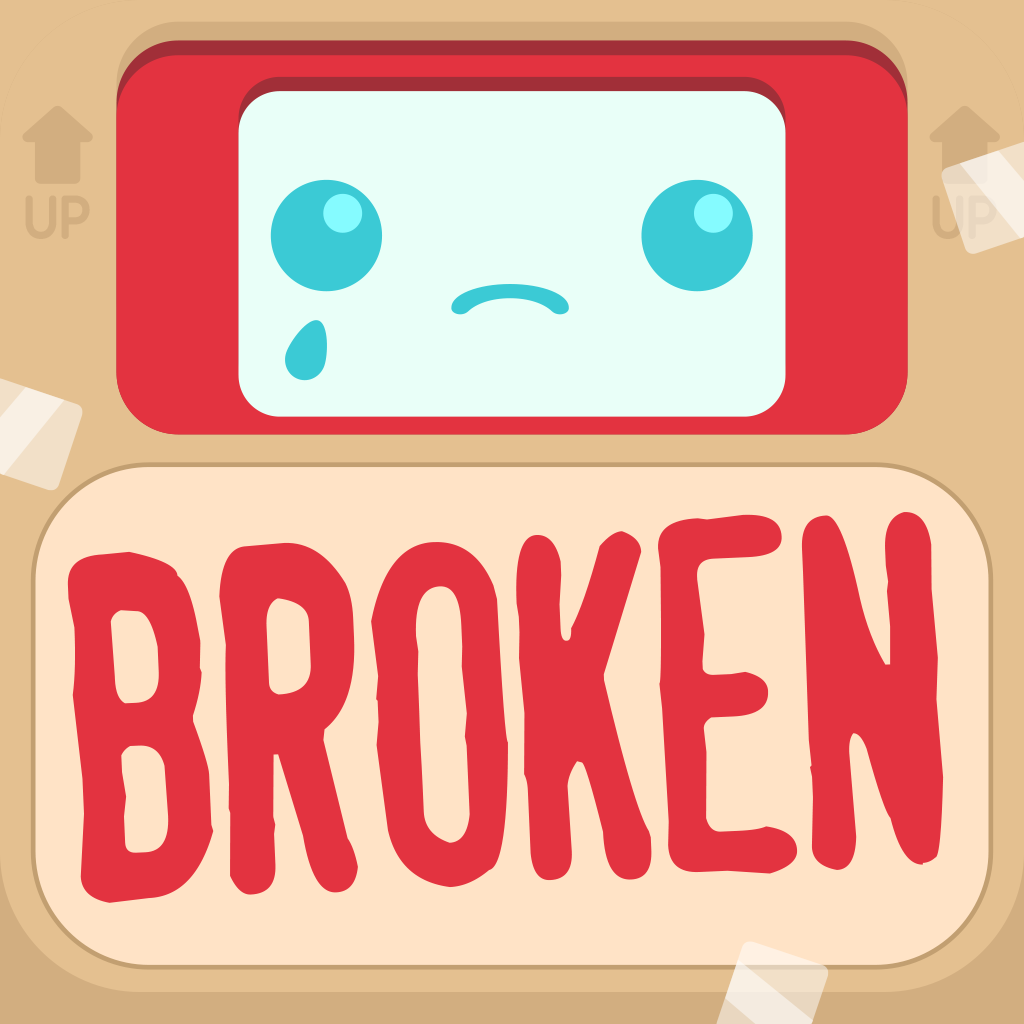 ios. featured in best new games in over 100 countries! this is a perfect example of what i call a "knot puzzle," something you can fiddle with until you solve it. a dragon army production. 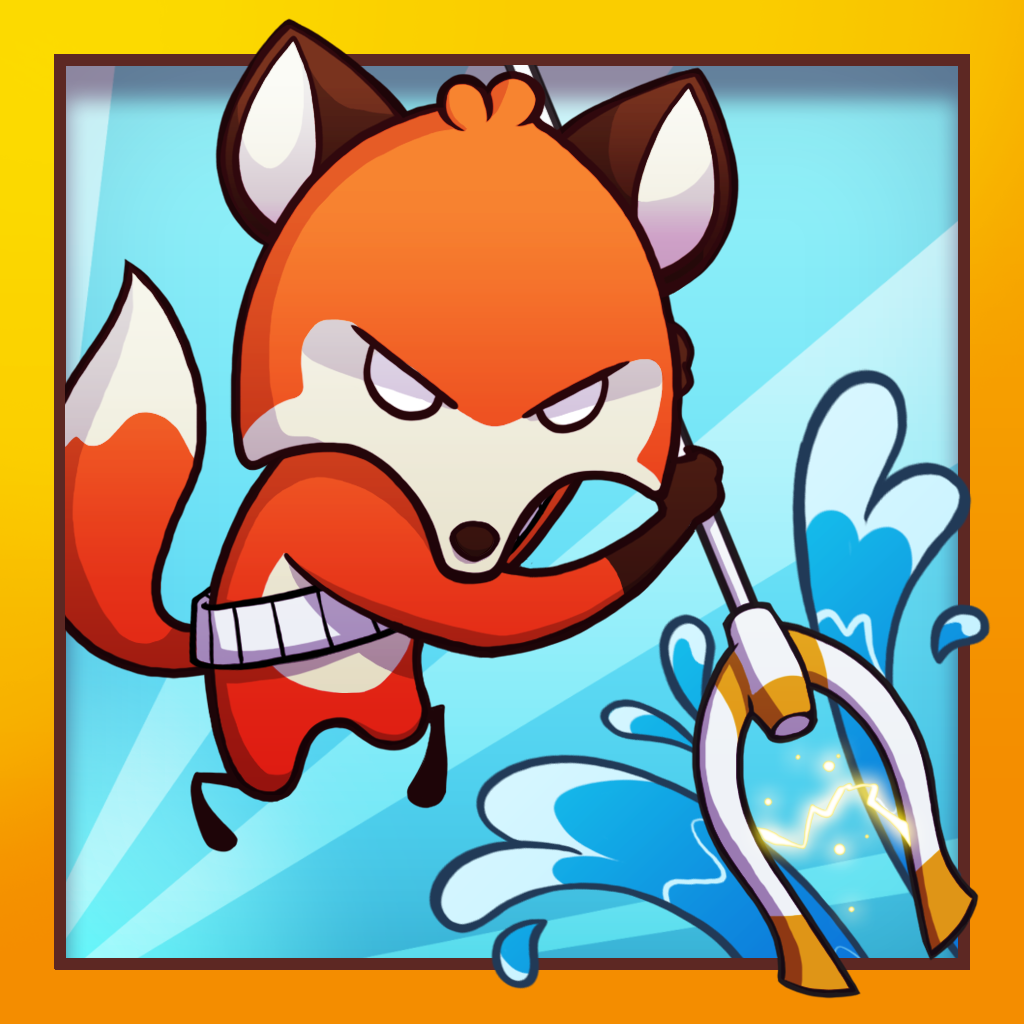 ios. our take on tower defense for mobile. build towers and defend your lanes. rotate your turrets on a tank tread to line up the right gun with the right enemies. challenges and skulls for insane difficulty. a dragon army production. 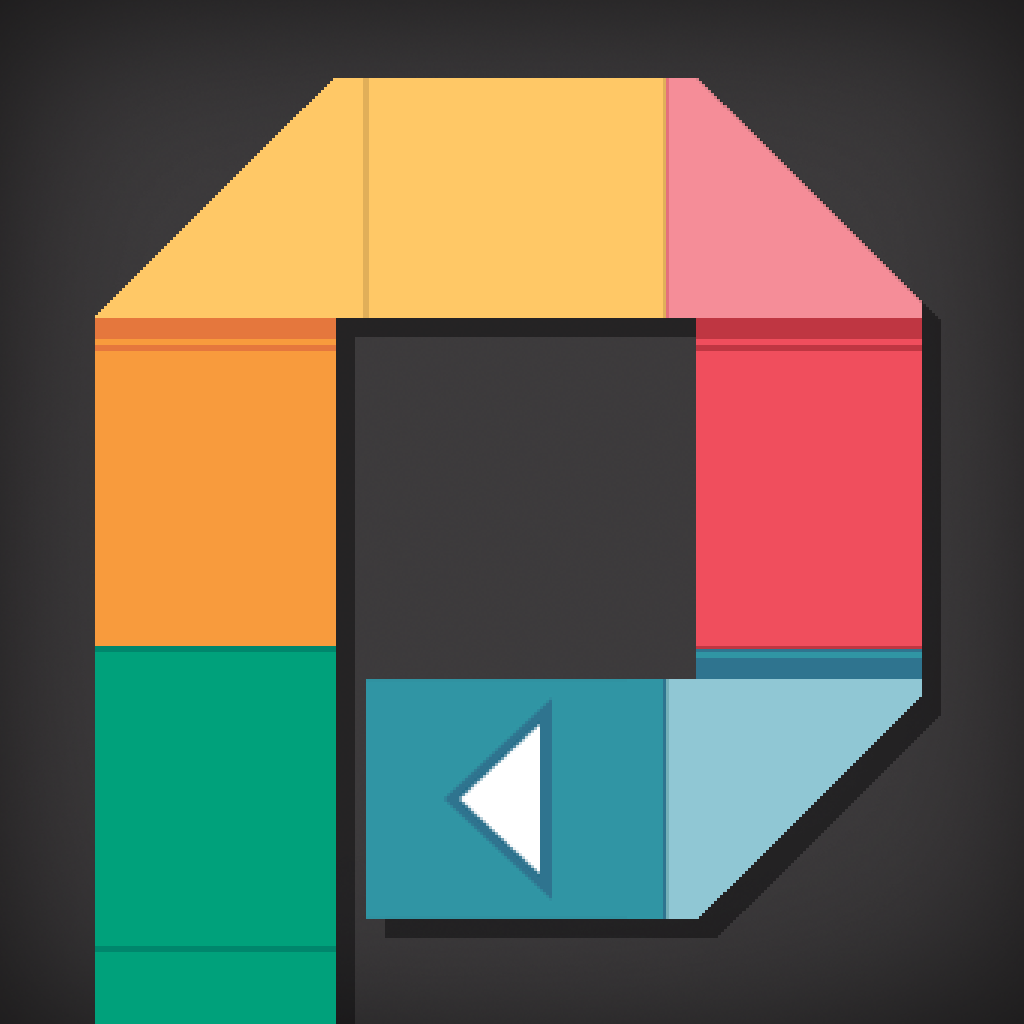 ios. like the classic snake game... but you never stop growing! grab the pulsing blocks in each level as you work your way towards the exit. super hard to master, but almost meditative once you get it. a dragon army production. 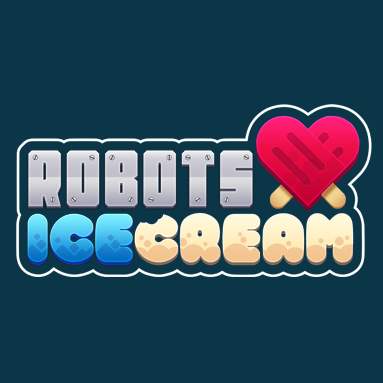 ios. saving the galaxy is pretty sweet! i came on near the very end to help finish a few ui screens. a dragon army production. 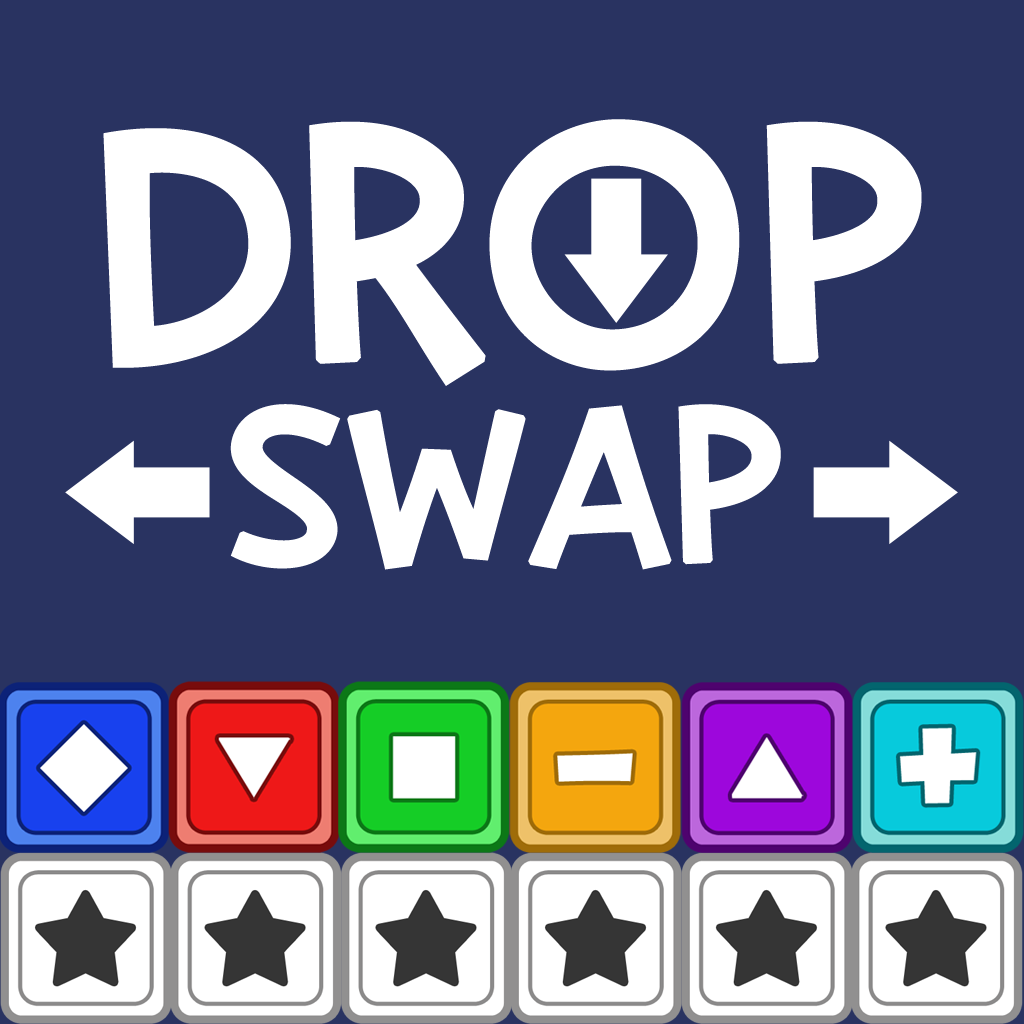 ios. built as a tech demo, i ended up loving the mechanic. kind of a tetris/dr.mario style game that tests your ability to think logically. a solo production. [CURRENTLY REMOVED FROM APP STORE] 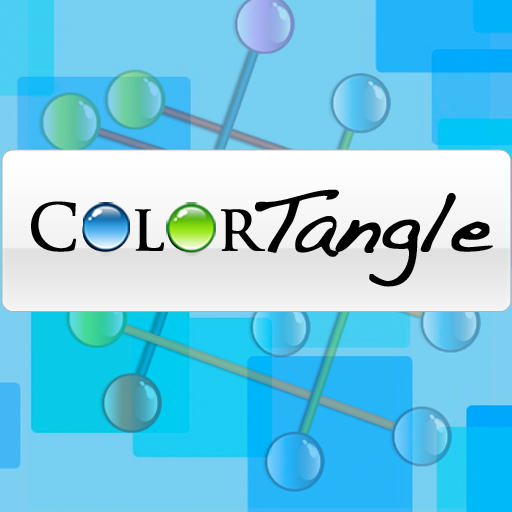 ios. originally a flash game (since lost), this is my first "knot puzzle" style game. fiddle with each puzzle until you can uncross all the wires. a solo production. 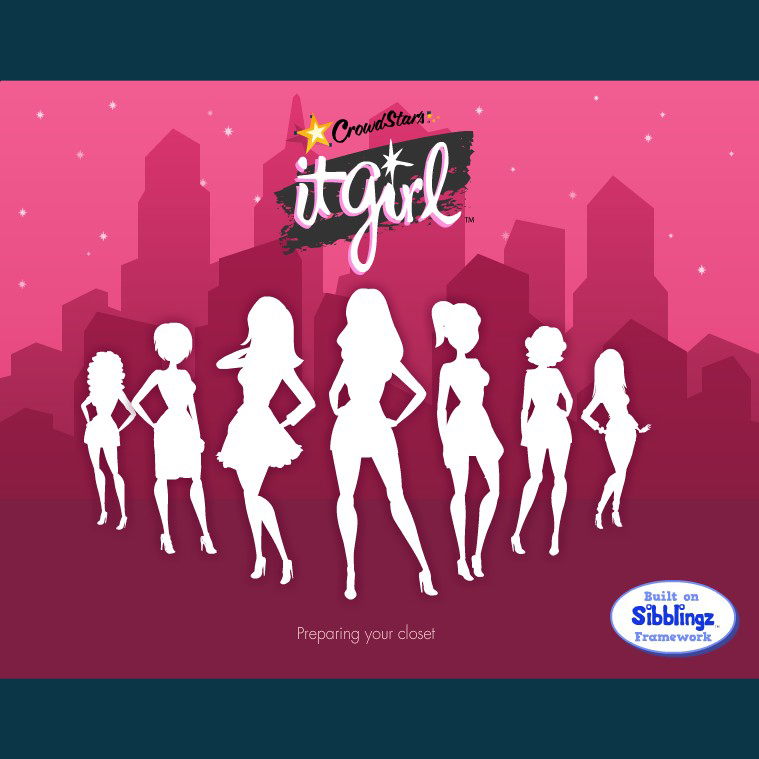 facebook. lead dev / ep on a massive fb game for crowdstar. visit stores and hunt for epic loot. put on your best outfits and battle others at parties. keep your boyfriend happy and receive lavish gifts! 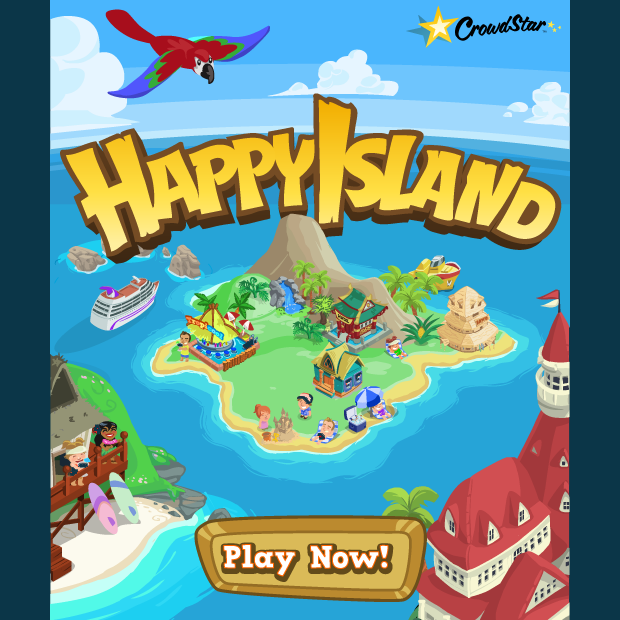 facebook/flash. lead dev. joined pretty late in its lifecycle, but still got to add a ton of great features while i was running it. 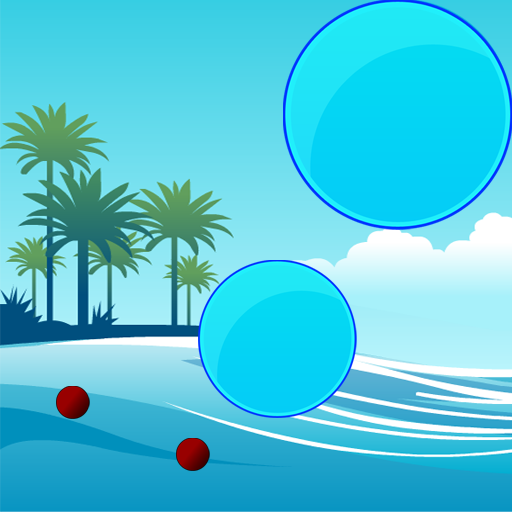 ios. port of the first game with the art of the second game. a lesson in why outsourcing is a bad idea. some day i'll rewrite it in spritekit 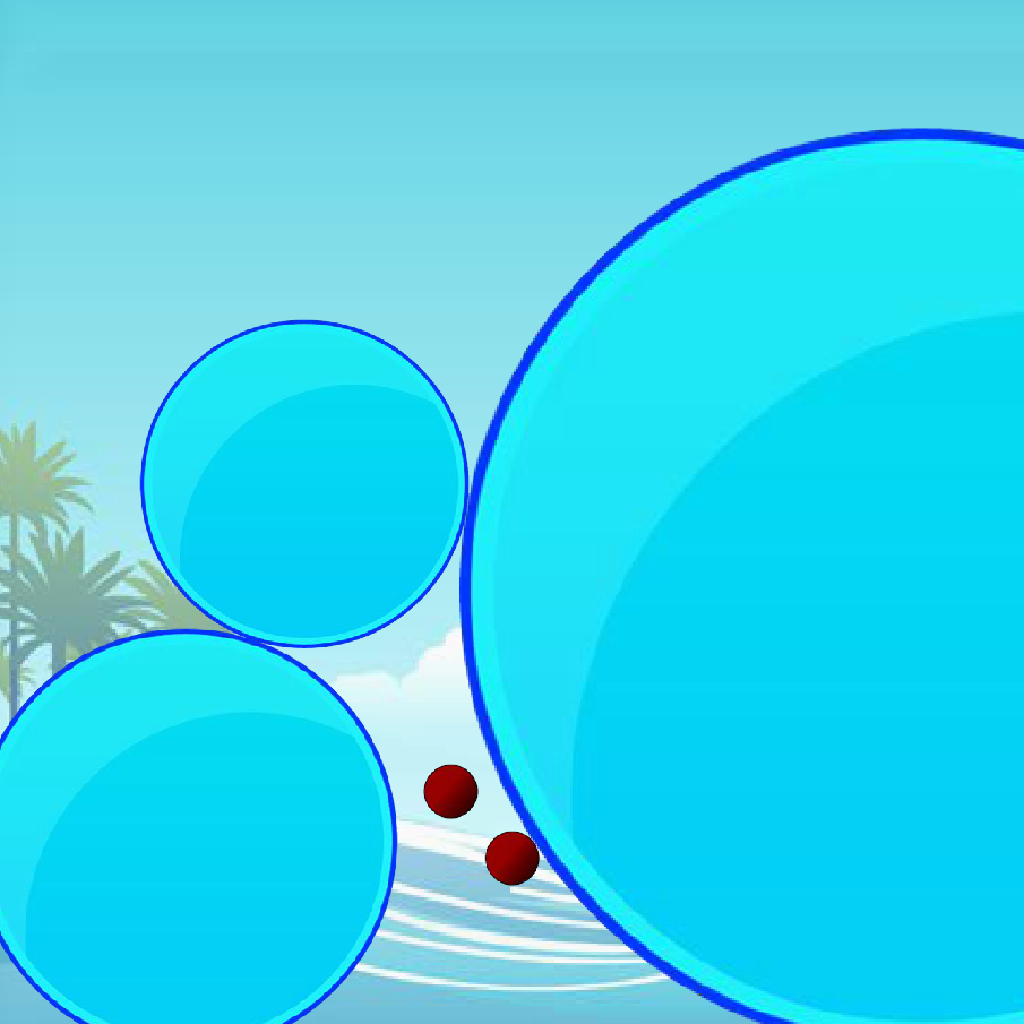 flash. the game the tried to cash in on the game that started it all! it's basically the original filler with a lot more bells and whistles: time freeze, achievements, and better graphics.

flash. the game that started it all. got to #1 on digg when that was a cool thing. probably launched my game dev career. still pretty fun! never thought anyone would make it past level 15, so i never bothered to write a victory screen. ooooooops 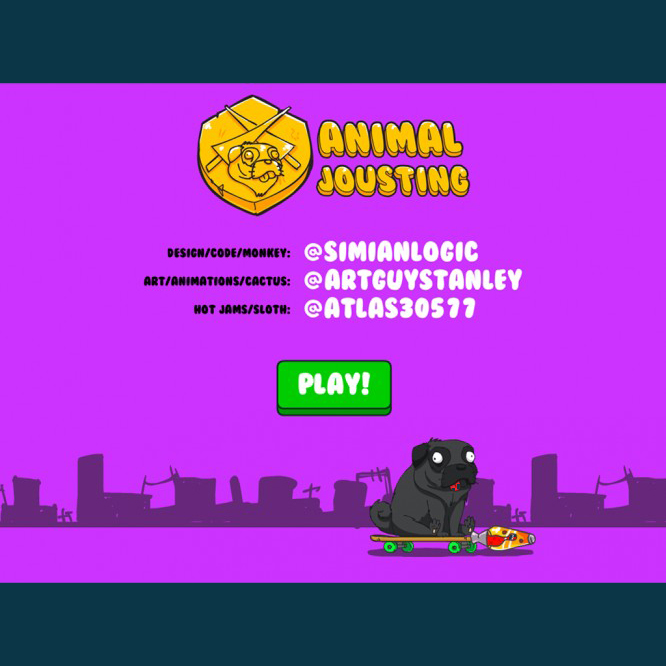 flash. animal + mount + weapon = jouster. king of the hill stays! Lots of fun silly animal art in this one courtesy of @artguystanley 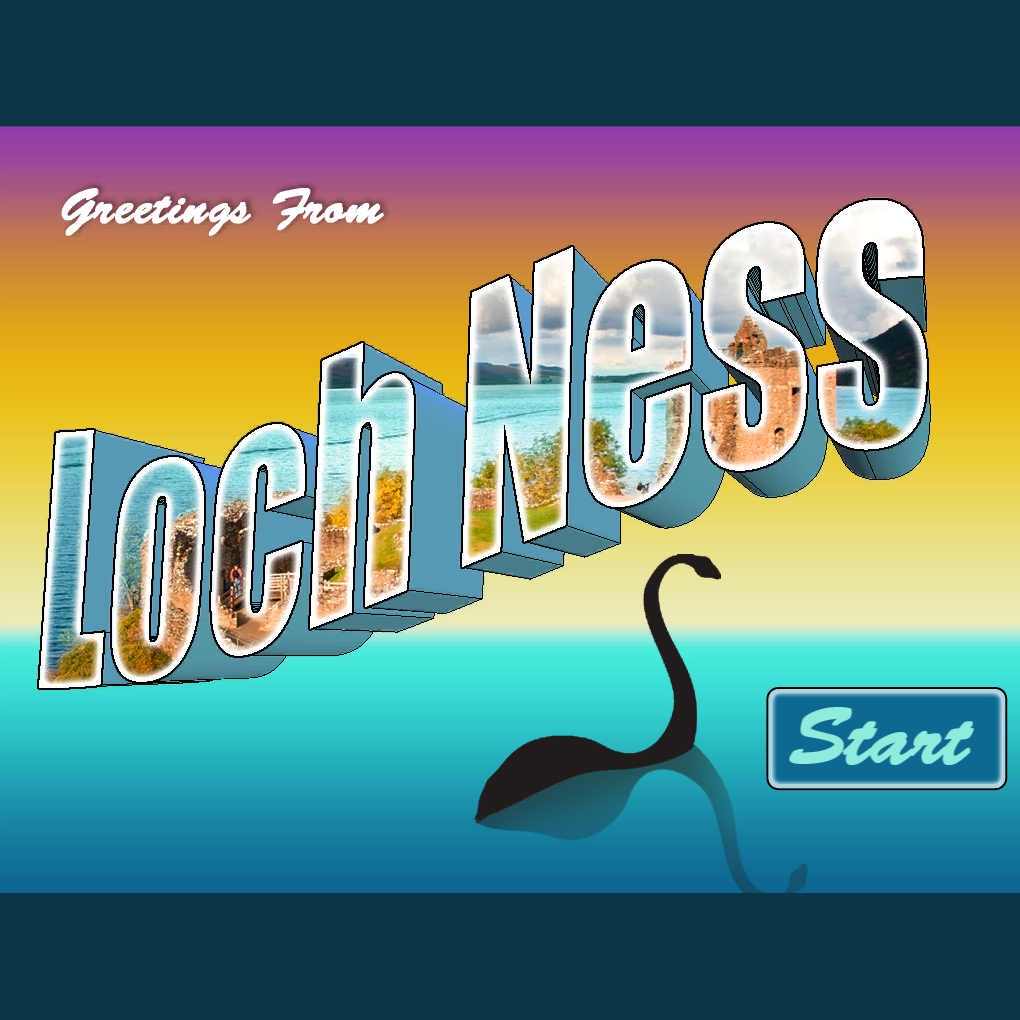 unity. you are the loch ness monster! but not quite what everyone thinks. touch the screen to extend a tentacle (it will follow your mouse). your tentacle can only grow so long... snatch the tourists! don't get caught! 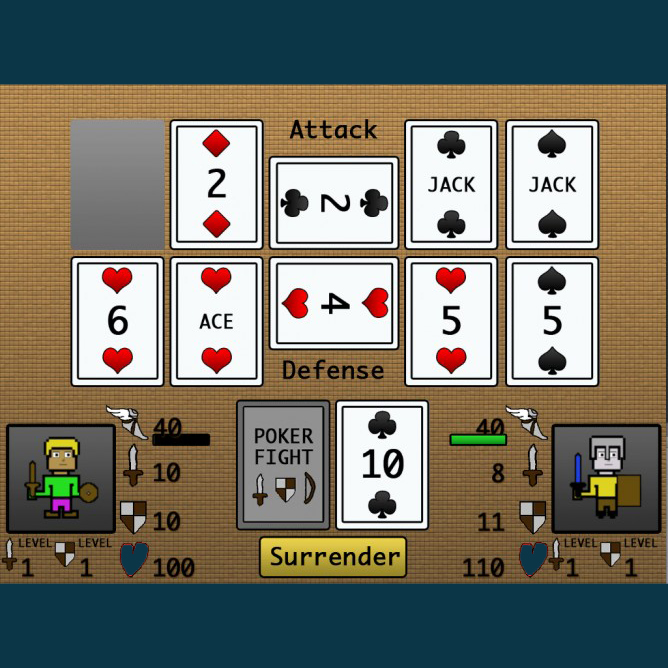 unity. at the start of each battle, you are dealt ONE card for attack and ONE card for defense. as more cards are drawn, you decide which hand they go towards... once you make two full hands you change your attack stance and defense stance. 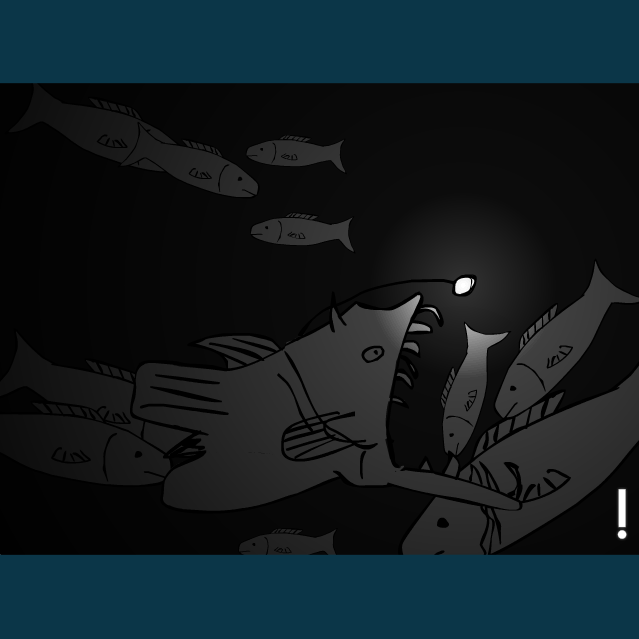 flash. shake your mouse to wiggle your bioluminescent and attract fish. too much light and they see you! wasd and space to swim and eat 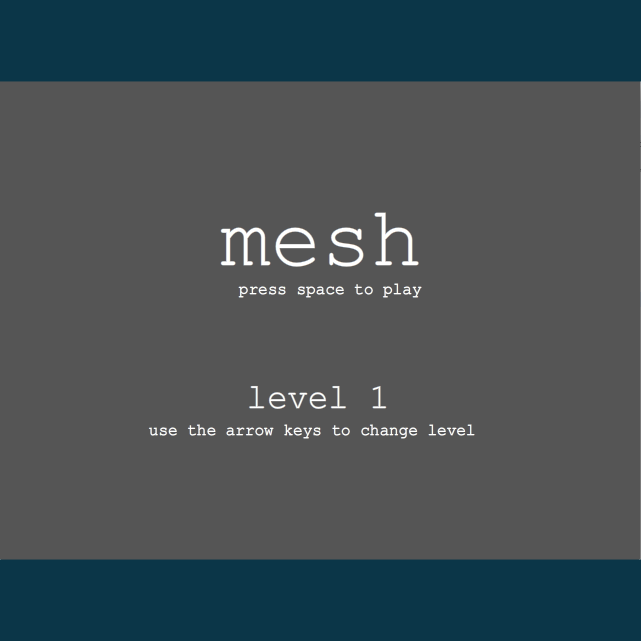 flash. my first ludum dare entry! you control a mesh, kind of like a pixel-robot-organism that battles in an arena. when any two mesh pixels overlap, they're knocked loose and float freely. pick up pixels to regenerate. if your 'brain' pixel collides with anything, your die.